The origins of the Community of Jesus can be traced back to the first meeting of two Episcopal laywomen, Cay Andersen and Judy Sorensen. The two women began a ministry of prayer and Bible study, meeting in the living room of what was then Rock Harbor Manor overlooking Cape Cod Bay. In the early 1960s as their reputation for effective Bible teaching and prayer began to spread, Cay and Judy were invited to lead retreats in churches throughout New England. They came to be known for the practical insights they imparted as they applied scriptural principles to daily living.

An event in 1961 laid the foundation for a greater purpose. The Sorensen family home needed renovations, and the Andersens invited the Sorensens to live with them during construction. For the next six months, the two families experienced the day-to-day realities of community living—its blessings and its hardships, its joys and frustrations, its support and obstacles.

A central theme began to weave its way through their message, crystallized in the words of Jesus: “Unless a grain of wheat falls into the earth and dies, it remains alone; but if it dies, it bears much fruit” (John 12:24). Dying to one’s own life—surrendering one’s own plans, goals, and selfish desires—they discovered, was the requisite pathway to living for God and others, and lay at the heart of what it meant to be a disciple of Jesus Christ. But paradoxically, this also was the way to joy, peace, and love—the way to the truest realization of one’s unique being and purpose.

Cay and Judy’s evolving ministry of teaching and prayer, associated with the Charismatic renewal of that time, attracted the attention and enthusiastic support of a small group of women who moved to these grounds on the shores of Cape Cod Bay. In 1968, they publicly formalized their commitment by making profession of vows, including consecrated celibacy. Thus was born the Sisterhood of the Community of Jesus.

Other individuals and families soon followed, compelled by a sense of vocation to share in this common life of prayer and work. Twenty-five people, five houses, a piece of land that had once been part of an asparagus farm, and a tiny chapel converted from an old pump house made up the Community of Jesus as it was formally constituted in 1970.Thus what initially sprang up from the founding members’ spontaneous desires to live for God more fervently, even sacrificially, developed into an established community for living, praying, and working together.

Today, over 200 professed members, together with children and young people live as  households  in privately owned, multifamily homes that surround the church and the guesthouse. This also includes the twenty-five celibate brothers living in “Zion Friary” and the sixty celibate sisters living in “Bethany Convent.” Altogether, 230 people, from many walks of life and various church backgrounds—including Presbyterian, Episcopalian, Congregational, Baptist, Lutheran, Anglican, Methodist, Pentecostal, and Roman Catholic—are joined in a common commitment of love and service to God, to each other, and to the world. 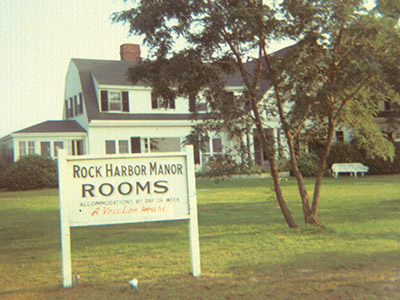 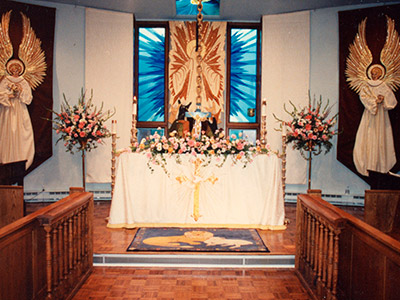